Just curious to see what everyone else is using!

I’ll start- I use the Heil PR40 for most of my screencast and voice overs. And I use the Rode NTG3 for my talking head videos.

I started out using the Blue Snowball.

I use a Samson Q1U (dynamic) for my voice overs and a iRig Mic Lav for the talking heads.

I used to use the Samson for everything, but as I had to keep the mic out of the frame in the talkning heads, the distance was considerable, and the audio quality was not very good.

I am very happy with my Rode NT USB but it does pick up ambient noise.

I am also using a Rode NT USB because I like the way it sounds.

There is some ambient noise always, that's why I take a pause before recording a new video. Once I've recorded the video, I take the audio separately to Audacity. There I use the pause on the beginning to "Get Noise Profile" and then apply noise cancellation on entire audio track.

I also apply compressor and normalize filters on audio tracks.

After these, I have to go through each audio track and remove breathing sounds. Lot of work I know but good quality audio helps a lot.

I haven't made a course, yet. But I am a pro musician and have lots of audio equipment. I plan on using either a Blue Yeti mic, or an IK Multimedia large diaphragm condenser mic. Both have worked great on test videos.

I use the Blue Yeti - it works great for me. I also recently added these 2 accessories to my Blue Yeti setup, which makes the audio even better: 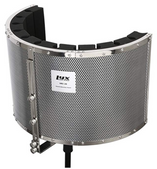 I use a Audio Technica ATR2100. It's a dynamic microphone. I'm very happy to use it.

When I started, I used the mic of my headphone which was a very cheap headphone costing $3 - 4.

Then I started using Audio Technica ATR 2100 , and I'm still using it.

I use Audio-Technica ATR2100-USB. Thanks

Neumann TLM-102 for screen, Sennheiser ME-2 for talking head.

I have been using the blue yeti since day one. Works really well on the right settings.

I use blue snowball.

I use 2, for head shot videos I use a Rode lapel mic which is great.

For videos where I’m not on screen so it’s just audio I’ve just purchased a Shure MV88 as it’s compatible with my IPad.

I tried many microphones—Blue Yeti, Snowball, AT2020.

Then I tried a more "professional" approach with a Roland UA25-EX audio interface and a CAD GXL3000 condenser microphone. This was a good combination.

However, my videos have a lot of typing, and big microphones like the Blue Yeti or the GXL3000 get in the way of seeing the keyboard, and even the slightest movement can change the audio quality and volume levels.

I then hired a sound production consultant and went through a (quite expensive) testing process. I tried microphones such as Sennheiser MKH416 and Rode NTG3. These are shotgun microphones often used by professional YouTubers and filmmakers to create talking-head videos and movies. The benefit of shotgun microphones is highly directed audio recording, so in theory they sound very well at a fair distance away. This means they are not on camera, which is good for talking head.

However, my room has some echo so they did not sound as well as I had hoped. I also had a very small amount of echo with large diaphragm condenser microphones.

The best quality I have managed to achieve after all my tests is with the Shure SM35. This microphone looks like it will not sound very good because it clips around your head (similar to a headset). However, because it was designed for musicians playing on-stage while playing an instrument, it has excellent noise directionality (does not capture key presses or echo) and it also has excellent sound quality. It really is a big step up!

You do need an audio interface to go along a microphone like this. The UA25-EX is no longer made, but you can get a Scarlett 2i2 instead.

I am using Snowball ICE.

I use Audio-Technica ATR3350 which I can connect to my laptop. I also use it for my Nikon camera.

I used to use a Blue Snowball Ice: it picks up a huge amount of background noise; only really works in a soundproofed studio.

Here's what I'm using at the moment,

audio interface and goes to the computer via USB.