After six years it's finally time to upgrade to a DSLR from my handy and very useful iPhone/lapel mic combo.  I have never combined audio and video on software so this is all new to me and the more I read the more lost I become.  Technology an A/V is far from my strong point here!

I have a snowball mic with pop filter and a Cannon EOS 6d already.  The latter I am still learning.  What is the best software to use to combine audio and video?  I have been using a Macbook for editing with Final Cut Pro X and iMovie.  My videos are talking head videos, with little editing beyond the title, but hoping to add some graphics moving forward like this: 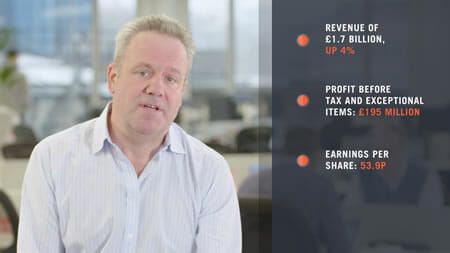 Google image, I don't know this guy but he looks important

Can anyone point me in the right direction on software to do this, specifically easy to use program, or can I do this on FCPX or iMovie?  I would love to not have to pay for one more thing after I just built a studio in my home.

If you wanna to pay one time and use it for ever use Corel Video Studio:

I use Filmora and want to do a similar graphic, but not sure how to do it. Been searching youtube tutorials but no luck so far.

Most video editing programs have an option (somewhere) to sync external audio to the video's audio - the trick is that you should always record audio to the camera so you can sync that to the audio you recorded on an external device.

One of the best investments you can make is a slate (clapperboard) to add a visual spike in the audio. From there you can manually sync the audio by lining up the spikes on the 2 audio tracks - the camera audio and the good audio, then just mute the camera audio. Keep in mind that video records audio at 48khz while most audio recorders default to 44.1khz, so you should switch it to 48khz to avoid syncing issues.

Even without camera audio you can still sync the audio spike to where you see the slate claps closed on the video. Hollywood has been doing it that way for years. You can find a slate (clapperboard) on amazon for around $15. I recommend getting a dry-erase one as the chalk ones get a bit messy. I have both and prefer the dru-erase one because its a little bigger and it has color bars that can aid in color-corrwcting your video, but that's a while other discussion.

As for software, PluralEyes seems to be the go-to program for syncing audio to video. I've used it and its pretty good. Once again, all software requires your video to actually have audio recorded with it or else there's nothing to sync to.

I've used the sync audio option in Premiere with mixed results and usually end up just mnaully syncing the audio in the short films I shoot because I always slate every shot with a clapper for that exact reason.

Davinci Resolve is a free video editor that's quite advanced and includes an option to sync audio although I've never actually tried it. I read somewhere that iMovie has a sync option too, but at the end of the day, a $15 clapper board means you can easily sync your audio regardless of what editing software you use, even if you don't record audio to the camera (but I steongly urge you to record it anyway to verify the syncing went as planned).

As I mentioned, I shoot short films so I have a lot of experience with audio, and I used to own a small recording studio, so if you have any questions or need clarification, don't hesitate to ask.

Hope that answers your question,